Andrássy Avenue is an iconic avenue in Budapest, Hungary, dating back to 1872. It links Elizabeth Square with the City Park. Lined with spectacular Neo-renaissance mansions and townhouses featuring fine facades and interiors, it was recognised as a World Heritage Site. It is also one of Budapest’s main shopping streets, with fine cafes, restaurants, theatres, and luxury boutiques.

Oktogon is the Grand Boulevard‘s (Nagykörút) junction with Andrássy Avenue (Andrássy út) in Budapest, Hungary. The location derives its name from its shape, which is that of an octagon. (The word in Greek means something with eight sides). Oktogon is also a station on the yellow M1 (Millennium Underground) line of the Budapest Metro.

City Park (Hungarian: Városliget) is a public park in Budapest close to the city centre. Its main entrance is Heroes’ Square (Hősök tere). It’s a perfect place for walking, having a picnic, resting and having fun with your family and friends.

You can also find these here:

(Hungarian: Margit-sziget) It is an island in the middle of the Danube in central Budapest. The island is mostly covered by landscape parks, and is a popular recreational area. The island spans the area between the Margaret Bridge (south) and the Árpád Bridge (north).

You can also find the following here: 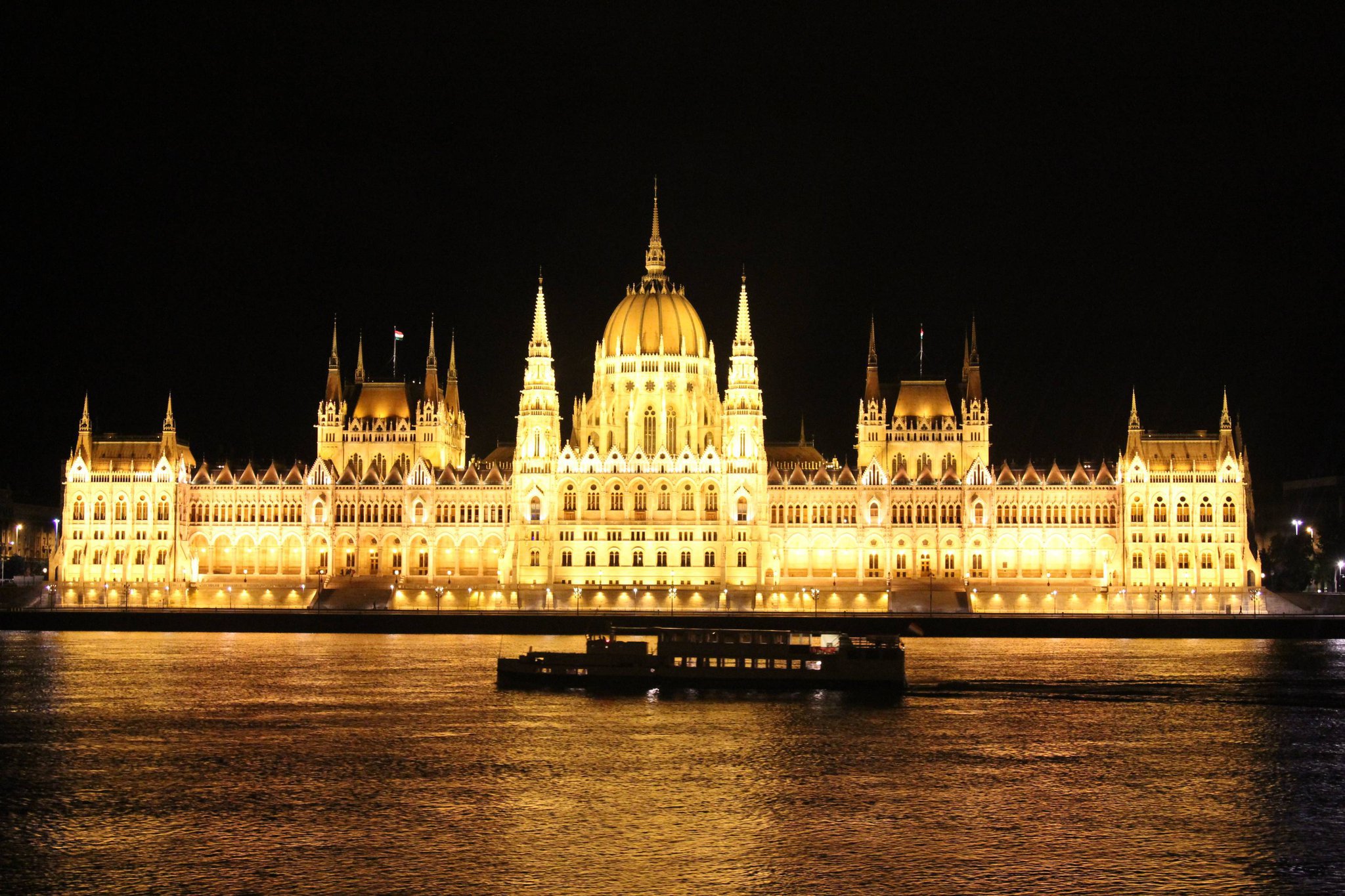 This Neo-Gothic building is the largest in the country. It is the permanent location of the national assembly, is situated on the bank of the Danube, and its entrance faces Kossuth Square.

It is the largest church in Budapest, its dome can be seen from all points of the city. The dome of the building offers a wonderful, 360° view of the city. 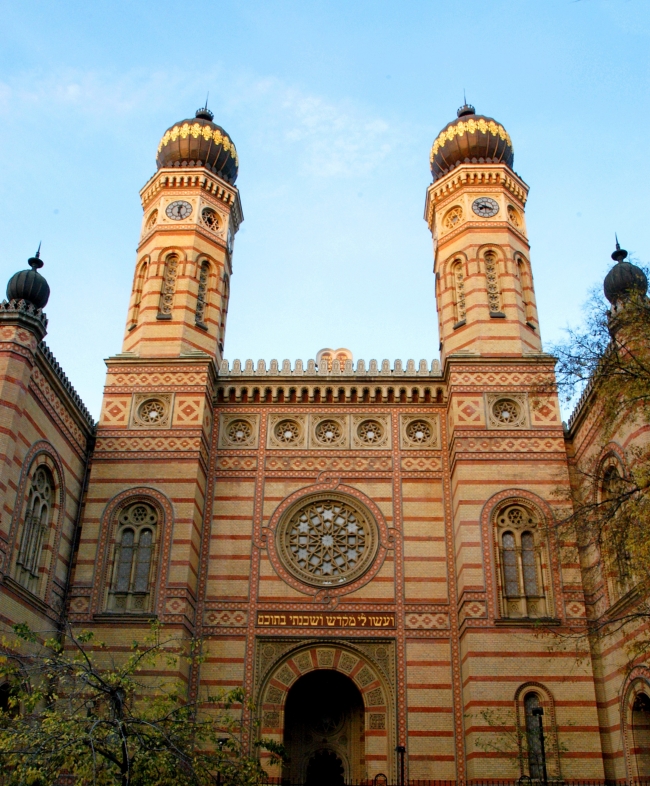 It is the largest synagogue in Eurasia and the second largest in the world, after the Temple Emanu-El (in New York City). It seats 3,000 people and is a centre of Neolog Judaism. 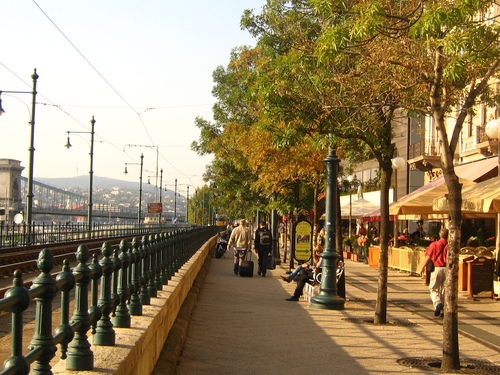 It is located on the Pest side of Budapest. On the bank of the Danube, this promenade extends from the Széchenyi Chain Bridge to the Erzsébet Bridge. The view of the city is wonderful from here. It has a unique athmosphere. There are many cafés and restaurants there.

The capital’s first bridge monument, with decorative lights at night and the Buda Castle in the background, is a fascinating spectacle and has already attracted many tourists to Budapest.

The World Heritage Site has many places of interest, museums, streets and squares with a special atmosphere, restaurants and shops. The Royal Palace, where many battles and wars took place, is one of the country’s symbols. Three churches, five museums, and many buildings, memorials, streets and squares of historical interest and a theatre can also be found here. Visitors can enjoy a marvellous view from the Fishermen’s Bastion (Hungarian: Halászbástya) and from the little path in front of the National Gallery on one of the most beautiful sections of the Danube.

Matthias Church or the Main Coronation Church in the Buda Castle district, which stands on the Szentháromság (Holy Trinity) Square, is a monument with a long history. Religious tradition has it that the church was founded by St. Stephen in 1015.

Gellért Hill is a 235 m (771 ft) high hill overlooking the Danube. Gellért Hill was named after Saint Gerard who was thrown to death from the hill. The famous Hotel Gellért and the Gellért Baths can be found in Gellért Square at the foot of the hill, next to Liberty Bridge (Hungarian: Szabadság-híd). The Gellért Hill Cave is located within the hill, facing toward Hotel Gellért and the Danube River. At the top of the hill is the Citadel, from which a view is available down both directions of the Danube.

Budapest is the city of spas.

The Széchenyi Baths, which have a very prestigious position on the list of Budapest sights that are not to be missed, are not only the largest bath complex in Europe with their 15 pools, but also the most pleasant baths in the capital. The most famous characteristic features of the baths are the groups playing chess, submerged in the steaming water up to their necks, as well as the outdoor pools embraced by the beautiful building.

Gellért baths is the most popular bath among tourists arriving in Budapest. The original equipment and furniture, in an Art Nouveau style, has been preserved in most of the baths: artistic mosaics, colourful stained-glass windows and statues decorate the buildings.

The Rudas Baths are not only superbly centrally placed – in the narrow strip of land between Gellért Hill and the River Danube – they are also an outstanding example of architecture dating from the Turkish period. The central feature is an octagonal pool over which light is thrown from a 30-foot diameter cupola, supported by eight pillars.

Váci Street linking Vörösmarty Square with Fővám Square represents the main artery of the inner city. A stroll down “Váci utca” takes one past jewellers, perfumeries, brand name clothes shops, boutiques and bijouteries. Take time to wander the smaller streets that run off Váci Street; there are many interesting and off-beat things to find here.

Strolling through Váci Street, we finally reach the ever-buzzing Budapest Central Market Hall with its incredible variety of quality foods. Encompassed within a building more than 100 years old, the market with its paprika garlands, strings of garlic, the fruits and vegetables. Typical Hungarian merchandise, for instance the world famous Tokaj Aszú, is to be found in the market. Unicum is one of the top bitters spirits in the world. Its absolutely unique flavour derives from a secret blend of aromatic herbs and Herz and Pick salamis are similarly “Hungaricum” products!

Now responsible for the safe keeping of over a million objects, the National Museum traces its own history back to 1802 when it was founded with the medal, book and manuscript collection belonging to Count Ferenc Széchenyi. In 1846 it moved into the fine neo-Classical building designed by Mihály Pollack where it has been ever since. Permanent exhibitions: Hungarian History from the Founding of the State until 1990, Lapidarium – Roman Stonework, and Coronation Jewels and Robes.

Here are displayed the modern exhibits of the art-collecting husband and wife Peter and Irene Ludwig, originally from Cologne. The museum concentrates on the last fifty years of modern art in general, and the last ten years of modern Hungarian art in particular.

One of the largest museums dedicated to ethnography in the whole of Europe contains 139,000 items of Hungarian origin as well as a further 53,000 items of international interest. Housed in a building of interest in itself – formerly belonging to the Royal Court, opposite the Parliament, and displaying elements of Renaissance, baroque and Classical architecture. Permanent exhibition: The Traditional Culture of the Magyar People.